Having officially purchased its new headquarters in the Town of Tonawanda, the Zenger Group is preparing to shift most of its operations to the new facility.

In a series of transactions, the Zenger Group — through its Zenger Development Corp. affiliate — has acquired Science Kit’s warehouse/office building on East Park Drive in Tonawanda. According to documents filed in the Erie County Clerk’s office, Zenger Development paid $3 million for the 126,116-square-foot building that sits on slightly more than 11 acres of land. Zenger Development bought the property from VWR Education Inc.

The deal includes Zenger paying $2.6 million for the building and $400,000 equipment and other items inside the building.

While the bulk of Science Kit’s operations are being shifted to Rochester, the company will lease 10,000-square-feet in the building from Zenger. Science Kit has approximately 60 local workers.

The Zenger deal has been in the works for the past few months, said Sheldon Berlow, a broker with Pyramid Brokerage Co. of Buffalo, who handled the transaction along with William Damian, another Pyramid broker.

At the same time, Zenger is putting its 28,000-square-foot S. Taylor Road building and current headquarters at 525 Hertel Avenue in Buffalo up for sale. Berlow is handling the listing for both buildings.

A third Zenger-owned building on Lakeview Road in Hamburg is being retained by the company for off-site warehousing operations and a possible expansion of a self-storage facility on the premises.

The Zenger deal has received an incentive package from the Erie County Industrial Development Agency, whose directors approved the package in August. More than 20 percent of its customer base includes clients outside of New York state. The package includes sales, mortgage and real estate tax savings.

With the move, Zenger hopes to add 20 workers to its payroll, giving the commercial printer 109 employees. According to ECIDA documents, the entire deal represents a $4 million privately-funded investment by the Zenger Group. 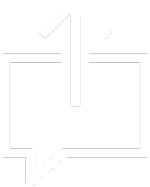